4 Myths About The ICD-10 Delay

4 Myths About The ICD-10 Delay

published on May 12, 2022 by tbsmo in Billing & Reimbursement   Healthcare Organizations   ICD-10   Medical Coding 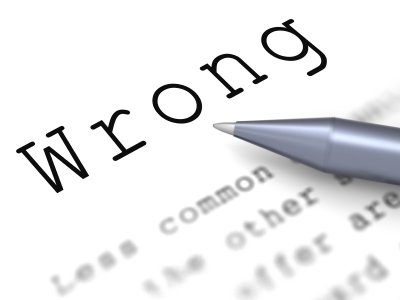 The process of switching over to ICD-10 has caused a lot of stress in healthcare circles even before many companies begin to make the change.  While the repeated delays in the mandate to convert record-keeping processes bring a relief to some, they also cause more confusion. These delays have generated a number of myths that need to be dispelled so that coders and billers can get on with the real work involved in moving on to ICD-10.

Four Myths About the ICD-10 Delay

There have been many delays already.  October 2014 was seemingly set as a hard and inflexible date for compliance with ICD-10.  Nevertheless, that date was pushed back to 2015.  A lot of people in the healthcare business are beginning to look at the new date as just another date on the calendar.  They fear that they are losing a sense of urgency with regard to the conversion to ICD-10.

Some people may feel that the new date for compliance will not be exact.  In other words, that healthcare facilities and providers will be allowed to simply be in transition at that time, rather than in full compliance.  Perhaps the several delays already put in place have led some people to think that the government will not take this final date very seriously.

However, there is nothing suggesting any such a thing.  Every indication is that CMS will require full implementation on Oct. 1, 2015.  Any thinking that there will be flexibility, risks legal and financial consequences for those involved.

Given the great difficulty that many organizations have already encountered in dealing with conversion to ICD-10, some people assume that there is widespread and shared relief over the most recent delay.  In fact, one national physician group rejoiced publicly about this delay.

However, polls actually show that 58% of the organizations required to make this change are upset with the delays.  These groups have already made considerable effort to be prepared and are afraid of losing momentum and focus.

Healthcare and medical treatments are always changing.  New procedures arise, and technology is updated to assist in examinations and treatments.  Delay after delay has led many people to think that ICD-10, which was developed a few years ago, will be hopelessly out of date by October 2015.  In fact,  some may think that CMS should bypass ICD-10 and skip to implementing ICD-11 instead.

Actually, the delays have not hurt the usefulness of ICD-10.  Behind the scenes, developers have been continuing to update the codes.  When ICD-10 finally becomes effective on October 1, 2015, it will be absolutely relevant and efficient.

The delays have provided breathing room for healthcare organizations.  They have not caused ICD-10 to become obsolete before its time.

With these myths dispelled, people can focus on implementing the coding changes and avoid kicking the can down the road.  Early 2015 would be the best time to conduct full testing of the new codes.