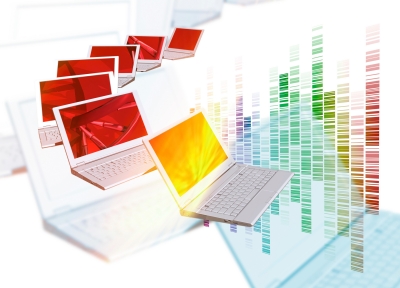 The Coding Corner highlights the most up-to-date medical coding tips, information, and legislation.  HIS has over 60 Certified coders, who are experts in ensuring proper coding to guarantee compliance and maximize reimbursement.

At the end of January it became apparent in the Radiology Industry that Medicare had changed its reimbursement policy for the Breast Biopsy Clip Placement Procedure (19295).  Radiology Groups across the country began receiving denials for this procedure.  When the final 2013 Medicare Fee Schedule was posted at the end of January, Medicare had changed the classification of this code to a Supply Code–no longer allowing Physician reimbursement.  As of 1-1-2013, only the Technical Component will be reimbursed.  Though HIS has appealed the denials received, Medicare remains firm in their decision.  At this time Commercial Carriers are still reimbursing for this code; therefore, HIS will continue to submit claims to all Non-Medicare carriers.  Below is an explanation from the ACR regarding Medicare’s decision to make this change.

In the 2012 Relative Value Scale Update Committee (RUC) database, the practice expense relative value units (RVUs) for code 19295 were 2.65 for facility (hospital) and non-facility (nonhospital) and priced at a national average of $90.38.   This was to cover the cost of the clip and any indirect overhead value associated with the placement of the clip.  As of January 1, 2013, the RVUs were removed from the Medicare Physician Fee Schedule (MPFS) for the facility setting.  That means that the Centers for Medicare and Medicaid Services (CMS) assume that physicians are not supplying the titanium clips for the hospital and should not be reimbursed for them.  When the hospital purchases the clip, the hospital is paid separately under the Hospital Outpatient Prospective Payment System at a rate of $49.64 or as part of the cost of the breast biopsy.  As the hospital is not reimbursed under the MPFS, NA [not applicable] is now listed under the column titled facility (hospital).

According to the 2013 CPT® and RUC database, CPT code 19295 Image-guided placement, metallic localization clip, percutaneous, during breast biopsy (List separately in addition to code for primary procedure) was created to describe the placement of a metallic clip during a breast biopsy.  CPT code 19295 reported in addition to the code for breast biopsy.  There are no work relative value recommendations, as the RUC agreed the work for placement of the clip marker code is included in the work of the parent code.  The RUC agreed that there is minimal additional work and recommends a 0.00 work RVU for code 19295.

Physician work associated with the placement of the clip is considered included in the payment paid under the base procedure code 10022, 19102 or 19103. However, the physician is reimbursed for the cost of the clip when he/she purchases the clip, the procedure is performed in the non-hospital setting, and the procedure is reported with code 19295.  Regardless of who gets reimbursed for the clip and regardless of any payment policy, the physician who placed the clip should continue to report 19295.