Eight of the Funniest ICD-10 Codes

Eight of the Funniest ICD-10 Codes 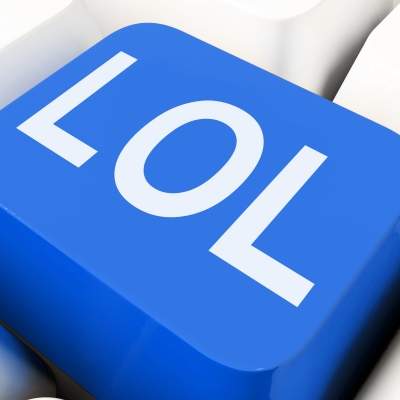 The new ICD-10 medical billing codes that go into effect next year, are totally replacing the current ICD-9 codes. The majority of these new codes will be helpful in narrowing down the location, type and severity of the injury. The treatment provided will also be more carefully documented.

Most of the new codes are straightforward and helpful.  For example, under the ICD-9 code, there may be one code for a broken arm. Under ICD-10, the appropriate code will identify the specific broken bone, which side of the body, the degree and type of fracture and the treatment performed.  This is an obvious improvement that will make it easier for billers and payers to know what happened and the health care provider to keep track of what care has been provided.

On the other hand, it appears that some new codes that will make anyone laugh. Here are some that may be particularly humorous to orthopedists and radiologists.

1) For the average klutz who walked into a lamppost, there are apparently long term effects. Here are a few helpful billing codes.

The extent and nature of the lamppost injury needs another code.

2) What you have all been waiting for. You now have three specific billing codes to identify how patients were injured by a turtle. Bitten by a turtle? Use one code. Struck by a turtle? Try a different code.  If the treatment was due to just the basic injurious contact with a turtle, there is yet another code for that. See codes W59.21XA, W59.21XA and W59.219XA.

There are separate codes for encounters with dolphins (W56.09XA) or getting struck by a sea lion (W56.12XA). Name the animal or bird, and there is a separate code for each encounter.

3) Code V97.33XD provides billing for services rendered to a patient who was sucked into a jet engine. There is a code for the initial visit as well as subsequent ones, so apparently, this is a treatable event.

4) Not only are there codes for patients who report being hit or struck by a falling object, the codes also get specific about where the object fell from.  Whether it was from a merchant ship, sailing ship, canoe, kayak, inflatable boat or other water craft, there is a specific code to cover it.  Did the object fall from a powered or unpowered watercraft? There is a code for each.

5) In addition to the new codes identifying in detail the specific nature of the injury and what caused it, there are also codes to indicate where patients were when they got injured.  Just a few of the codes for specific locations where injuries occur include:

6) There also ICD-10 codes to identify what activity patients are engaged in when they are injured.

7) If some of these codes seem to have been created by space aliens, you could be right. After all, there are several billing codes for spacecraft injuries:

8) Finally, a fallback code you might use when all else puzzles you and you cannot figure out the best one to use, there is the code for bizarre personal appearance: R46.1