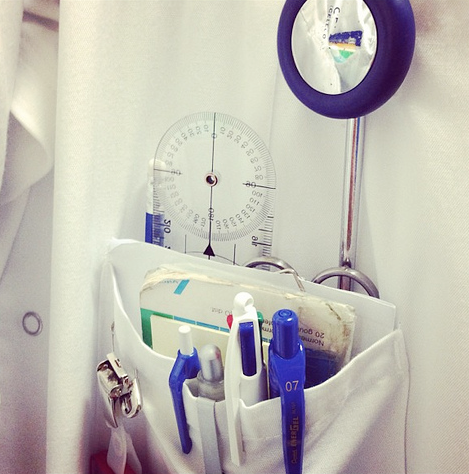 The expected coding changes coming with the ICD-10 implementation of next year are having a big impact on all physician billing practices. In the mean time there are changes to the Current Procedural Terminology (CPT) codes effective as of January 1 that orthopedic practices should be aware of. If you are just catching up on all this now, here are a handful of key areas in which the most important changes have occurred.

An entirely new set of evaluation and management codes has been issued this year. They cover consultations done over the telephone and the Internet. While the entire presentation of the codes is lengthy, it boils down to a handful of key issues.

For example, codes 99446-99449 are distinguished by time intervals over which medical consultations occur, with 99446 covering consultations of 10 minutes or less and 99449 covering those of more than 30m minutes.

In the 20000 (Musculoskeletal) section of the CPT, there have been revisions to the codes in each body area that describe the radical resection of soft tissue tumors.  The example given previously was malignant neoplasm, which has been removed, and replaced by sarcoma.

The new set of codes does not simply add to the total number of codes. Some have been deleted as repetitive among in the new arrangement. For example, codes 23331 and 23332 were deleted and replaced by 23333-23335. The first two were vague codes regarding the removal of foreign bodies in the shoulder area while the three newest are more specific about parts and procedures.

Other codes were revised, such as 24160 and 24165, which described the removal of prostheses. There are now also specific mandates about which codes may or may not be used together and how they may be reported simultaneously.

The AMA created a new Category III code in January 2013. Code 0034T regards sacroiliac joint stabilization and it now appears in the 2014 CPT guide. Please note consequent changes to parenthetical notes for 27216, 27218 and 27280.

Pediatric orthopedic billing for spasticity should become more effective with the latest chemodenervation codes. The new manual deletes code 64614 and adds six additional codes to provide specificity with regard to this type of procedure.

It is not too late to get started adapting your office to the new codes. However, to improve communication, it is necessary for everyone to be updated about the new codes and those that have been eliminated.  For further assistance with your billing and revenue cycle management issues feel free to contact us at www.healthinfoservice.com.