The Importance of Patient Focused Care

The Importance of Patient Focused Care 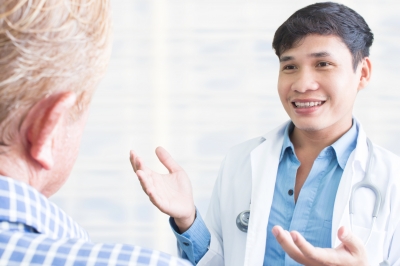 Radiologists need to become more involved with their patients; partnering with their patients is absolutely necessary to foster the kind of relationship required for optimal patient care. That was the basic message delivered by Radiological Society of North America president Dr. Sarah Donaldson to the RSNA 2013 attendees. On December 1, 2013, in Chicago, President Dr. Donaldson, current professor at Stanford University School of Medicine in Stanford California, former nurse, research assistant and high school cheerleader, delivered an impassioned plea to radiologists to recognize the importance of getting more up close and personal with their patients.

The Estrangement Between Radiology and Radiation Oncology

She stressed that as technological advances in medicine have expanded the boundaries of health care, the unification of the medical community has dwindled exponentially. She cited the glaring separation of radiation oncology and radiology.

The Privilege Many Do Not Recognize

She emphasized that establishing a long term relationship with patients is not only beneficial to the patient, but beneficial to the radiologist and the entire medical community. She spoke from experience, referencing her treatment of, involvement with and relationship with the child cancer patients she cares for. Dr. Donaldson stated that working with those children was indeed a privilege, one that cannot be surpassed when it comes to effectiveness and personal satisfaction.

The Radiological Society of North America president went on to elucidate that when patients recognize and understand the contributions that radiologists provide in diagnosis and treatment, patients become de facto advocates. Also, radiologists need to recognize that in the partnership between radiologist and patient, the patient is the more crucial element. That relationship has to go beyond the mere speedy communication of imaging results. “Team-based practice promotes collaborative clinical and research programs” Dr. Donaldson implored. She went on to emphasize that it also “augments one’s expertise and builds careers.”

In order to be recognized as team partners, she stated, being at the table is step #1. To facilitate that, drastic changes must be made at the training and education levels. The success of collaborative teamwork depends on visibility, openly wanting to partner with patients at the very start. It is an effort and action that radiologists cannot afford to avoid or ignore. It is as important to the radiologist’s career as it is to the patient’s emotional reassurance and psychological well-being.

A Reunification of Spirit

The 2013 Radiological Society of North America session began with tenor Dennis McNeil’s stirring rendition of “You Raise Me Up.” The song and theme were inspired by a Sir Isaac Newton phrase: Standing on the shoulders of Giants. Dr. Damian Dupuy set the theme and presented the annual oration in diagnostic radiology. The director of tumor ablation at Rhode Island Hospital, Dr. DuPuy underscored the necessity to properly utilize the tools provided by “the giants of radiology.” He stressed that the “reunification of spirit” is crucial to the betterment of patient care as well as the medical community; a stronger collaboration should be a priority.

The comments by Dr. DuPuy and Dr. Donaldson strike a prominent chord. The vision of maximum benefits derived from a team-based collaboration between patient and radiologist is not some quixotic dream; it is within the viable grasp of this generation’s experience. The sooner the medical establishment implements a better understanding of that in its training and education, the sooner the reality of collaborative medicine and improved, superior patient care become a reality.

At Healthcare Information Services, we recognize the importance of collaboration. It is with that notion that we work with you to ensure prompt reimbursement for your services.