What You Should Know About Congress’ Fight Against Surprise Billing

What You Should Know About Congress’ Fight Against Surprise Billing

published on May 12, 2022 by tbsmo in Billing & Reimbursement   Healthcare News 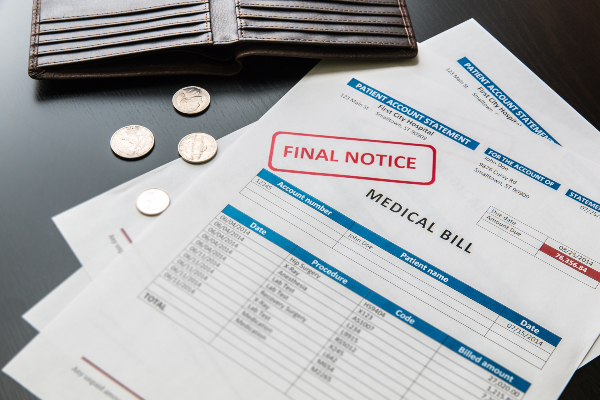 At HIS, we are always paying attention to the latest news of the healthcare industry. This includes monitoring healthcare-related legislation that may be circulating in the highest levels of the government, and right now, the focus is on surprise medical billing. Surprise billing is a major fear for many Americans, and interventions at both local and federal government levels may soon work towards eliminating this common issue.

What is Surprise Billing?

Surprise billing, also referred to as balance billing, is when patients are treated for an emergency by a doctor or hospital that is not covered by their insurance network, leaving them with a costly and unexpected bill. In an emergency, patients are brought to the nearest hospital, and there is no guarantee that the ER they are treated in is covered by their network. Even if the hospital itself is covered, patients may still wind up with a surprise bill if the doctor that treated them is not covered by their insurance. When receiving or seeking emergency care for themselves or a loved one, a patient is not likely to stop a doctor from performing treatment to ask if they are covered in their network. Would you? Surprise bills follow 1 in 6 emergency room visits, and because they often come at a time when a family is already vulnerable, they can be extremely detrimental. In fact, a poll taken last year by the Kaiser Family Foundation found that 67% of people worry about surprise medical bills, a larger percentage than those who worry about necessary costs like food or gas.

Your likelihood of receiving a surprise bill may depend on the state you live in. These bills are more common in Texas, New York, New Jersey, Florida, and Kansas, and less likely in South Dakota, Nebraska, Mississippi, and Maine. As you’ll soon learn, Congress is working to fight back against surprise billing, but individual states are taking action as well. Alabama’s legislature recently cleared legislation that would require hospitals to seek payment from the insurer rather than the patient (not including copayments and deductibles).

In Texas, lawmakers have urged the governor to ban balance billing and separate patients from payment disputes between insurance plans and healthcare providers. In the state of Washington, a bill was recently signed that prohibits surprise billing at in-network hospitals and requires that patients are billed at in-network rates for emergency services. These state laws will be helpful to many, but since large-employer insurance plans are regulated by federal rather than state law, Congress has needed to get involved as well.

Support to end surprise billing has been coming from both Democrats and Republicans, and a Senate panel is set to vote on legislation involving surprise billing in the near future. This type of legislation would limit what patients can be charged to their in-network deductibles and co-pays, and would aid those with federally-regulated insurance plans. Generally speaking, patients would likely end up only having to pay their standard in-network cost for any out-of-network care they receive. Disputes between healthcare providers and insurers may complicate Congress’ attempts to pass legislation about surprise billing, and for full transparency, these two entities will have to improve their communication.

Stay Up to Date with HIS

Congress’ steps against surprise billing are definitely important to follow, and this issue is sure to shift and change over time. Depending on whether or not these new legislations are passed, we may see a change in some of the ways hospitals function in the near future. At HIS, we work hand-in-hand with orthopedic and radiology practices across the country to help them stay as profitable and efficient as possible. We will partner with you and deliver revenue cycle management, practice management & consulting, and coding education services that will elevate your practice and promote long-term growth. To learn more about all we have to offer, please contact us today, and subscribe to our newsletter for more industry tips, information, and insights!